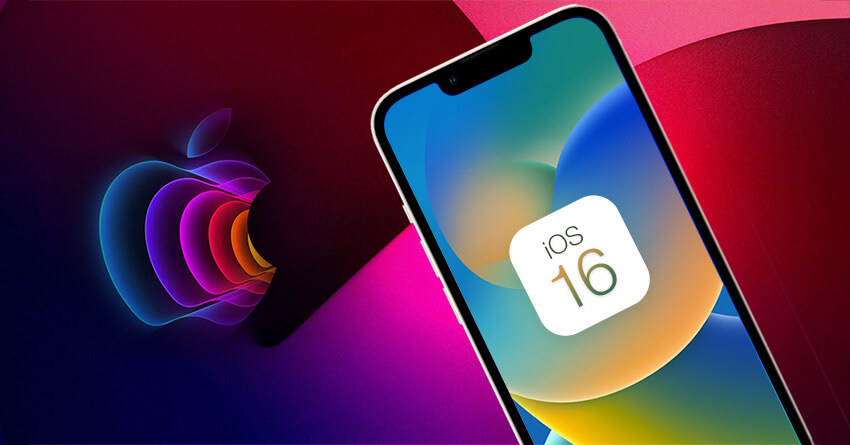 The write-up discusses why businesses must update their apps before the launch of iPhone 14 which will run on the latest iOS 16 version. This will help you to avoid any disappointment regarding your business app’s performance and compatibility issues. Moreover, the post also highlights the impact of changing operating systems and its implications on business apps, and how they can cope with it. Constant improvement in devices, operating systems, and their features have always been a part of Apple’s strategy and you must adhere to the changes in order to keep your user base intact and loyal to your brand.

iPhone 15 is out, along with iOS 16 (the newest Apple mobile OS version). Apple has once again outdone itself in many areas, as evident by the revamped appearance and performance of its latest edition iPhone. Users look forward to exploring new features in the latest Apple device and OS. At the same time, we are hearing about disappointments, like reduced lock screen customizability and app store crashes. Amidst these developments, it is critical for businesses with a mobile app on the Apple Store to take stock of the situation and update their applications.

You must ensure that your business app is perfectly updated and compatible with iOS 16, as many iPhone users will likely be switching to the newest version. Here’s how you can update your existing iOS app for iPhone 14 and leverage the features offered by iOS 16.

As per a Mixpanel observation, 6.71% of iPhone users switched to iOS 16 within 24 hours of its release (as opposed to the 6.48% transition rate of iOS 15). Three days post-release, the adoption rate went up to nearly 11%. This is a positive sign for Apple but an urgency for businesses running mobile apps on iPhones. Not only do they need to modify their applications for the new Apple OS, but they also combat the challenges this transition could bring.

Here are the three biggest challenges that most third-party application developers have noted and raised on platforms like Reddit and Stack Overflow.

1. Your mobile app may crash without an upgrade 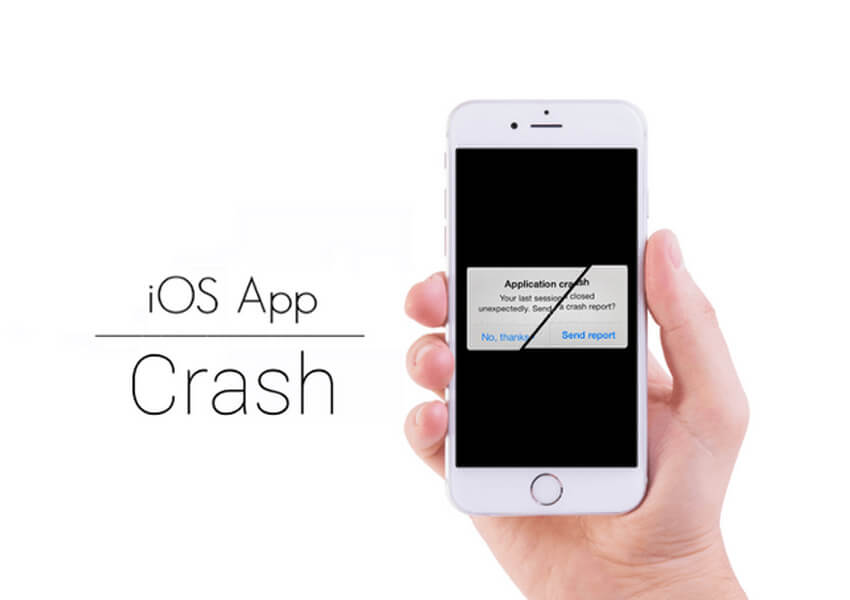 Many users have reported that iPhone apps keep crashing after the iOS 16 update. Apple’s first-party apps are also not immune to this issue. Naturally, third-party mobile app developers need to be wary.

It may happen that despite robust software and hardware integration, your iOS app crashes on the latest iPhone 14. There could be several reasons behind this, including bugs, poor coding, not updating the app for newer versions of iOS, or integrations that can’t work well with the new OS update. It has been noticed (especially in the iOS apps) that lack of regular app maintenance leads to app performance failure on any new version of iOS or iPhone.

Apple introduced App Tracking Transparency Framework (ATTF) in iOS 14.5. App developers must provide an accountability report on how their mobile app solutions collect and use customers’ data. It gives users greater control over their data privacy. While iOS 16 has not introduced something as dramatic as that, it has come with a fair share of new security updates that may hamper app performance without an upgrade.

For instance, the Emergency Reset feature enables users to revert all sharing permissions with people and apps with just one tap. There is another Manage Sharing and Access walkthrough menu where every app-specific data point is visible to users. Also, iOS 16 has enabled iPhone users to receive security updates without updating their entire OS.

If you update your mobile app on time, keeping these security changes in mind, it is highly likely that its performance will increase.

3. With features like Visual Lookup, users will expect more

The Visual Look Up feature was launched with iOS 15 last year and has certainly got some required advancements this time too. Till now, it offered quick information about the subject of a photo but in iPhone 14, users can interact with every element that appears in a photo. They can share a text, make a call, visit a website, convert currencies, etc.

Developers should prepare their app to either work in coherence with the visual look-up feature of iOS 16 or make it clear to the user that their app does not support visual lookup.

Build a mobile app that not only brings revenues but impresses your customers too.
Hire our best mobile app developers with flexible hiring models.
Connect with us

Apple has been very innovative with its ]efforts to offer more convenience and flexibility to iPhone users, and that is why the company releases a new version of the operating system (iOS) in September every year. The first iOS version was launched on June 29, 2007, and since then, Apple has been providing a newer version of iOS till May 2022, when it launched iOS 15.5.

So, if you are targeting users operating on any iOS version, ensure your iOS app covers at least two iOS versions (the current one and its immediate predecessor). Businesses with a good iOS user base must prioritize regular maintenance of their iOS app to ensure its optimum performance. 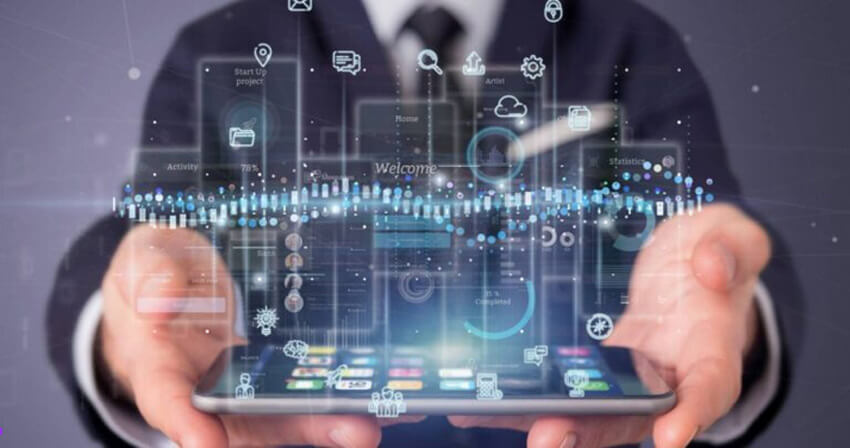 Running your app with the latest iOS version is always an advantage and an opportunity to develop unshakable faith among your customers. Our team has meticulously evaluated each aspect of iPhone 14 and iOS 16 updates in contrast to its predecessor (iOS 15.5) and has upskilled accordingly to help our clients leverage maximum benefits with this feature-packed combo of iPhone 14 and its latest operating system (iOS 16). If you want to hire mobile app developers with 70% cost saving? One of the quick and reliable ways to do that- hire iOS app developers India from TechnoScore.

Every new feature in iPhone 14 is an opportunity

To get prepared for the latest iPhone and iOS 16, you must consider some major changes that users will notice now. This will help you to strategize the changes in your iOS business app to enhance its compatibility and performance.

Are you ready to upgrade?

It is always wise to review the code and application compatibility before migrating to a newer OS. Our iOS developers have diligently prepared “compatibility packs” to assure enhanced performance and productivity through a standard upgrade to iOS 16. There are three major implications on which migrating to a newer OS can affect your app’s performance.

Changes to SDKs: Software development kits are the building blocks of any operating system, and each release can bring some changes to this that impact an app’s performance. Our iOS developers have come up with a robust re-coding and recompiling strategy to accommodate long-term OS changes.

Changes to UI Conventions: A newer version of the OS brings new user interface conventions with it that may affect your app’s existing visual appeal. For instance, the size of navigation bars can change when used across different UI parameters. Similarly, other icons and design cards may become obsolete if not updated with the new OS release.

Changes to Compatibility: As development tools are interconnected, you may require to maintain the compatibility with re-coding. Our iOS developers have worked on both forward and backward compatibility of an iOS app to ensure smooth interoperability based on thorough testing. They have focused on every possible change in an iOS app’s performance and look ever since Apple announced the launch of iPhone 14 and iOS 16.

If you wish to discuss more possibilities regarding your iOS app’s performance and feature upgrades, you can get in touch with our experts anytime and discuss the scope of your app’s upgrade. We hope to help you reap maximum benefits from these new iOS and iPhone versions with a strategic approach and skilled iOS developers.

Most compatibility challenges with iOS apps are relatively easier to manage if you switch to the right application support system. So, optimizing your business app for iOS 16 and iPhone 14 configurations will certainly help in user acquisition. Additionally, it will help retain existing users who have updated their devices to iOS 16 or plan for the same.