“Change is difficult but often essential to survive.” – Les Brown

WordPress is planning something big. Yes, you guessed it right! We are talking about the release of WordPress 5.0, something all the loyal followers are looking forward to. The new iteration touted to release in November 2018 is being considered a game changer. It isn’t like another update but a major upgrade with numerous noteworthy changes. It has garnered a lot of buzz, thanks to its main attraction – Gutenberg Editor. Named after the German guy from 1400s who introduced printing in Europe, it is a complete overhaul of the present WordPress Editor. Once it is implemented, it will transform the way people create and manage content in the WordPress.

If you have recently logged into your WordPress dashboard and have updated to the latest version, you would have come across a message highlighting the upcoming release. The message would have looked somewhat like this:

This hints at the impending release as well as the availability of the beta version of the upcoming release. However, if you wish to test the new version, it is advised to set up a test site and avoid using it on your live site.

Gutenberg Editor – What is it?

An upgrade to the recent WYSIWYG editor, it aims to revolutionize the way content is being created and managed by a WP user.

Block and visuals have been the heart and soul of the WordPress community for design, development and also the management of products and content. “Blocks” are employed by the visual editors to create a content-rich homepage as well as architect the content in a visually appealing manner. At present, this function is served via third-party plugins, but with Gutenberg in the picture, this functionality will be furnished without any plugin.

Gutenberg and its effects

Gutenberg is a big change, that is expected to revolutionize the way things are being done in the WordPress. Let’s see what impact it can have:

WooCommerce is one of the most popular eCommerce plugins powering 28% of the online stores and an inseparable part of WordPress. The launch of this new version will obviously have an impact on how the eCommerce treads and the companies offering WordPress Development Services. Although, still in the testing phase, the new editor will ease the store activities. It might take some time to adapt to it, but once embraced, it would obviously ease the process of adding a product via the use of blocks. Store admin could easily create a page using blocks and insert all the elements to build an attractive page.

The WP 5.0 will radically transform the way WordPress is being utilized by the bloggers and the content creators. The movable blocks will make the task of adding a variety of content such as images, text, and videos, as easy as a pie. A promising addition, the blocks will come as a sigh of relief even for the not so code-savvy editors, allowing them to easily manage the content in a visual way, something that is somewhat difficult with the current editor. Such is the difference between the current editor and the upcoming block editor: 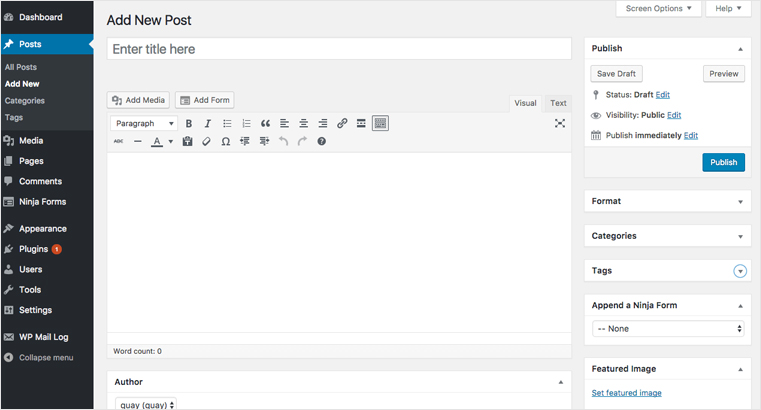 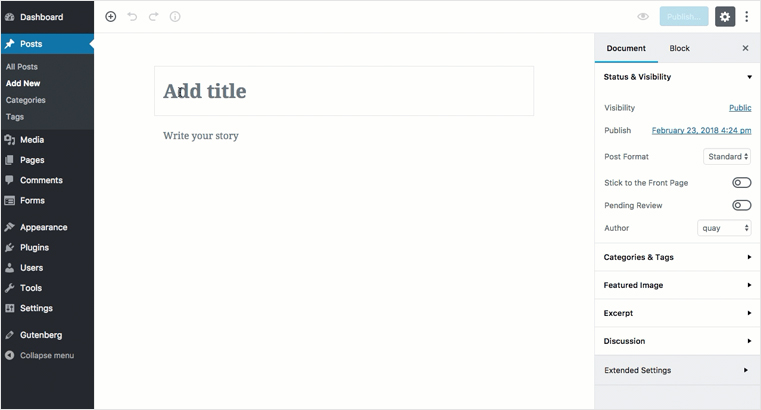 Different elements (headline, paragraph, image, quote, etc) of a post will be included as individual blocks.

Here’s a glimpse at how WordPress 5 might impact other areas of design and development:

Block and visual editing will be a standard

WordPress 5.0 will eliminate the need to install any third-party plugins to perform block and visual editing as now it will be an inbuilt feature. Also, installing a purchased theme would no longer require you to install a plugin package to keep the looks of the visual editors and templates. Even the life would be much easier for the plugin developers as it will be simpler for them to incorporate their products into the block builder.

Bugs and performance issues are a common thing with the betas and initial releases, and WordPress 5 won’t be an exception. Although WP has made a huge leap in enhancing their product, we will be obviously missing some features available only with plugins. So, go on and test the Gutenberg plugin to experience how this UI change will transform the way you work and also decide if making a transition to the 5.0 version would be a good step.

The Gutenberg editor and blocks can be the ultimate game changer that would help WordPress maintain its dominance in the dynamic industry. The new editor sounds scary, but it can change the way websites are built and managed in the future. Whether you’re going to miss the older WordPress or not, this time will tell.

Right now, you should prepare for the new release and the right way to do it is to test the beta version and probe if it could turn out to be the much-expected change that could revolutionize the WordPress websites.

WordPress is heading towards a big change. The upcoming version 5.0 will incorporate many upgrades that are bound to impact everyone connected with this platform. This makes it all the more crucial to prepare for the transformation. The best way to ensure a smooth transition is to connect with the experts. At TechnoScore, we have been rendering high-end WordPress/WooCommerce solutions to the businesses across diverse industry verticals. Just drop us an email at info@technoscore.com and we’ll be happy to provide a free consultation.