HTML5 apps have become a new slogan in the development industry as a technology that was previously considered a mere successor to Flash, is now also being considered the future of app development. Besides, the future has already begun to show its glimpses too as several companies have come up with their own HTML5 apps opting for an alternative to native app development. This trend seems to be catching on, mainly because a whole lot of options are on offer in comparison to the traditional developmental pathways. 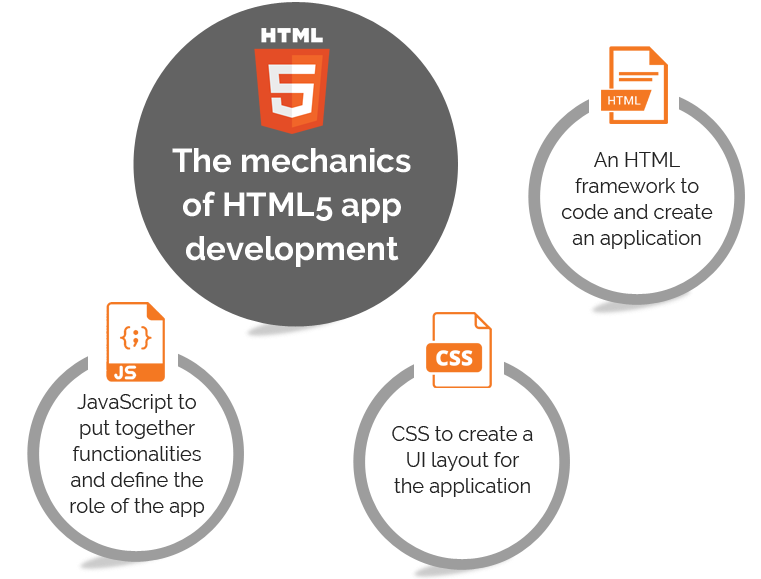 HTML5 app development then and now

Previously HTML5 app development has been largely inclined towards creating lightweight apps, without excess focus on functionalities, as is the case with native app development. HTML5 apps are dependent on a browser in order to function and a single version of the app runs on the most of devices opposed to native apps that require installation and separate versions for separate platforms.

However, with the rise of progressive web apps, the ambit of HTML5 based development has increased extraordinarily. The current development norms show more emphasis on making an app as close as possible to native apps in terms of functionality and also place extra focus on the security of apps to the extent of making SSL encryption one the foundational features of PWAs.

Nowadays there are numerous frameworks for mobile app development using HTML5. Apart from apps purely built through the technology, hybrid apps as well as native apps too employ HTML5 in one way or the other. In case of hybrid apps, although written in HTML5, CSS and JavaScript just like a website, they are packaged into a native wrapper and made available for installation through app stores.

“As far as the role of HTML5 in native apps goes, it can be used to include features that can fetch information over a network, thereby increasing the range of operations.“

Wondering which development option to choose? Ask us and allow us to clear your doubts. Feel free to drop us a note at info@technoscore.com