According to Walker Sands’ 2017 Future of Retail survey report, nearly 80% of Americans own smartphones today. The number of mobile users is expected to reach 4.68 billion across the world – no wonder why business enterprises have stopped asking whether they should develop a mobile application for their online business. Instead, they are now asking which mobile app development approach they should consider.

What are Hybrid Mobile Apps?

In technical terms, a hybrid mobile app is written using web technologies like JavaScript, CSS, and HTML5 and then wrapped within a native shell using the mobile app development framework called Apache Cordova (formerly known as PhoneGap). In other words, hybrid apps fall in the middle of the spectrum of both web apps and native mobile apps. The best thing about hybrid app development is that it is a cost-effective option since it uses one code base to target multiple platforms. 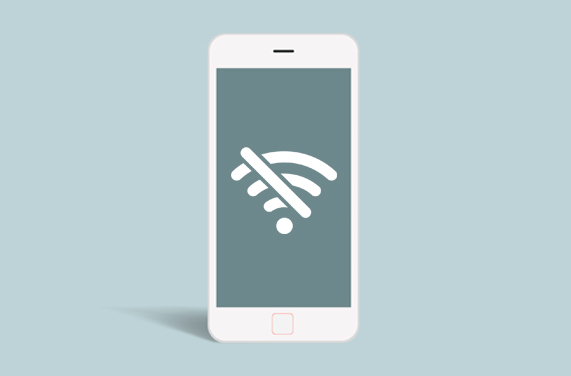 Just like native apps, hybrid mobile apps also leverage the device’s API to save the information offline. This is a great advantage to those customers who have limited data consumption plans and want to reduce the consumption of their mobile data. By partially storing the information, it allows the users to access it at the time of poor or no connectivity without performance glitches. 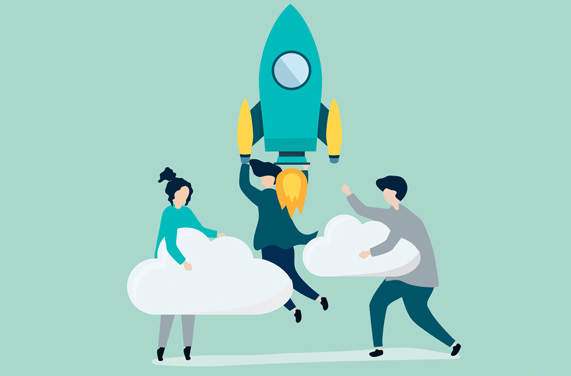 It’s no brainer that speed is a crucial factor that plays a vital role in the success of a mobile app. People don’t love to use a mobile app that freezes, loads slowly and does not respond quickly. With hybrid app development, you can overcome these drawbacks. A hybrid mobile app is much faster in downloading the large sized files and documents. This functionality is not available in native mobile apps. 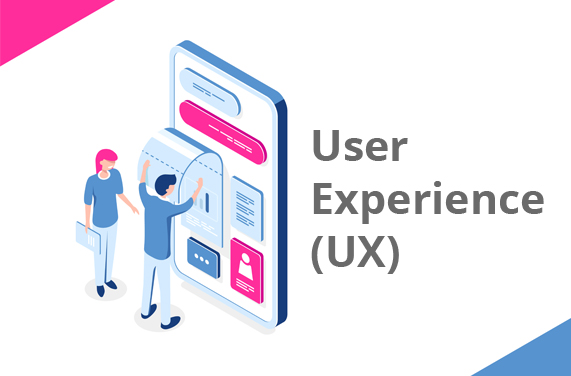 4. Fits Within the Budget Estimate 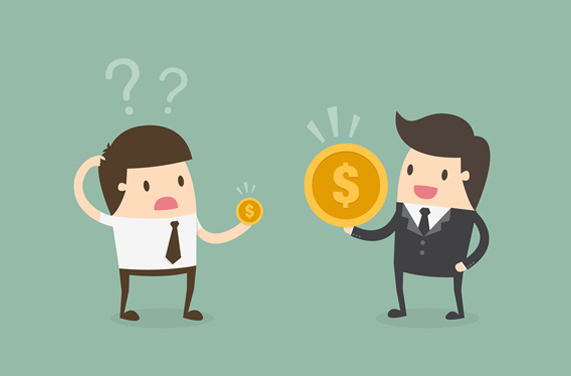 When it comes to pricing, a hybrid mobile app can easily outshine a native app. According to Hackernoon reports, the total cost of developing a native mobile app is roughly around $2,51,000. However, if you hire an app developer for hybrid app development, it will cost you around $1,62,000. You can clearly see a big difference in the pricing of the two.

Hybrid mobile apps rely on plugins to access the built-in features of a device owing to the nature of its architecture. The downside of using plugins is that they can be outdated or unreliable, as there are many third-party developers that inject malicious code in the plugins with an intent to steal the data. Furthermore, at times, developers need to create custom plugins as there are no ready-made solutions available to access a particular part of the device functionality that you may need.

Since hybrid mobile apps run on different OS, it is likely that complexities posed by interfacing with these diverse operating systems can lead to potential lagging. While this may not necessarily be the case for all hybrid mobile apps, since, it depends on how each application is programmed. While designing the application, developers must take the potential lagging into the account. 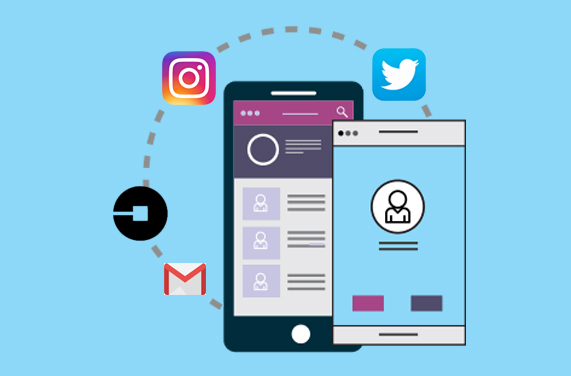 As the name suggests Hybrid is anything that is an amalgamation of two different things to achieve something better. Similarly a Hybrid Mobile App is one that leverages a combination of web and mobile technologies to enhance the user experience. A Hybrid Mobile App essentially runs inside a native container on a mobile device. Some of the most popular Hybrid Mobile Apps include, Instagram, Gmail, Uber and Twitter. The one thing common among all these apps is that they run equally well on both mobile as well as web browsers. 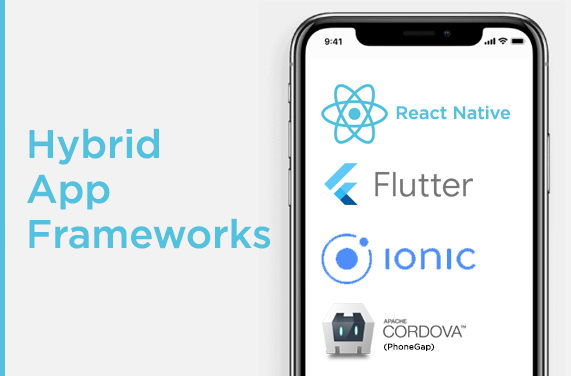 What adds to the seamless performance of these apps on all sorts of browsers is the use innovative hybrid app frameworks. Extensive use of frameworks like React Native, Flutter, Ionic and Phonegap (Cordova) has made Hybrid Mobile Apps the preferred choice of users who want better mobility solutions.

Hybrid Apps use a web view control to present HTML and JavaScript in full screen format. To achieve this capability the apps use the native browser rendering engine instead of the browser itself. In simple terms, Hybrid apps’ software (rendering engine) draws text and images on screen using structured text from documents (often HTML& CSS) by using a native rendering engine.

Moreover, a rendering engine is the software that a browser uses to render the HTML For example, Gecko (Mozilla Firefox’s Browser Engine) and Webkit (iOS Safari’s Browser Engine). This smart approach to Hyrbid mobile app development eliminates the constraint of using HTML and JavaScript for in-browser implementations on mobile devices. 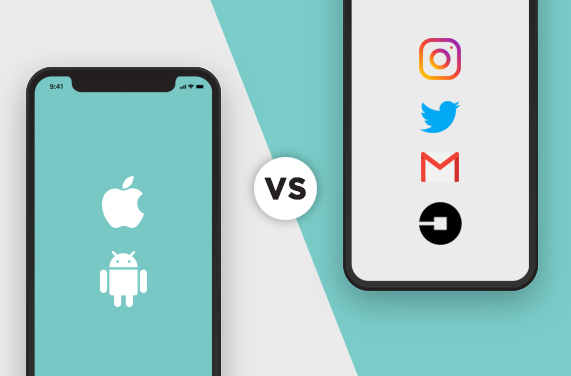 While Hybrid Apps are built on web technologies like HTML, CSS and JavaScript, Native apps use a specific technology and language for a given platform like Java for Android, Objective C/Swift for iOS.

The major differences between Native and Hybrid apps are:

Hybrid apps run in webView that displays web pages by using the engine of the browser and not the browser itself.

In Native apps plugins are required to access features of the platform like camera, microphone etc.
Hybrid app can be built for any platform from a single code base. Moreover, they’re easier to maintain.

As Hybrid Apps are derived from a single code, it gives you the ability to write once and run anywhere. Once the app is developed, the same development team can deliver the app for any platform. This is simply because of the web technologies used in the development process.

Hybdrid apps use a middleware API to translate the common APIs to Native platform APIs.
Use of these technologies gives you the flexibility to run Hybrid Apps on a browser like a website and as a progressive web app as well. Consistent user experience across platforms, devices and browsers is the hallmark of all Hybrid Apps.

Though most of the Hybrid Apps work seamlessly on a wide variety of devices and browsers, their speed may vary in performance centric environments like 3D, HD games, and high graphic-oriented apps. In terms of features, Hybrid Apps can match almost all the capabilities of Native Apps, but the performance depends heavily on native plugins. Most of the time, the required plugins are not available for new devices and writing these plugins adds to the complexity of the development process. Also, Hybrid Apps have high dependency on libraries and frameworks like Ionic, and Cordova etc.

As native codes are faster than HTML and JavaScript, resource intensive applications like HD games, editing softwares, intensive animations run smoothly in Native Apps. Though Hybrid Apps use WebGL standards to meet the standards of gaming apps, Native Apps still have a decisive edge when it comes to performance centric applications. There is negligible dependency on open source libraries and platforms like Ionic and Cordova. It means you can install Native Apps without having to worry about frameworks. In addition, Native SDKs allow developers to access the device features without having to deal with complexity of native plugins.

It takes a lot of time and effort to develop Native Apps as these have to be developed separately for each platform. Developers have to maintain separate release cycles and updates for each platform which means that the time to market for Native Apps is always high in comparison the Hybrid Apps. It also adds to the cost of development. As the code base for each platform is different, releasing same features for all the platforms is a constant challenge for developers.

Hope, this comprehensive analysis of the features of Hybrid Mobile Apps and Native Apps helps you to make a well informed decision. Stay tuned for our next write up on Hybrid App development.